One of the most common questions I’ve been asked as both a transformation leader and transformation facilitator is “how do I effectively empower my leaders?”. There are some lovely tools for iterating towards higher levels of empowerment and some small but powerful practices (updates to your own behavior and language) to improve your leaders’ understanding of the system and their power to decide on how to improve it. Have a comment, question, or complaint? Join the conversation on LinkedIn.

Empowering Your Leaders
“How do I effectively empower the leaders on my team?” is one of the most common questions I get asked in my consulting work. Whether the goal is succession planning, or trying to decentralize decision-making to improve quality and speed of delivery, empowering next-level leaders is often a crucial component of business transformation. The most common method I’ve witnessed is to just let them jump in and try “a project”, however, they’re not often set up for success: not enough understanding or guardrails for growth, support, and learning–and not enough cushion in case of failure.

Tools for Deliberate Empowerment
Improving systems thinking and business systems understanding is table stakes for empowering leaders. The quickest way we’ve seen this systems awareness and effective navigation increase is through what many leaders refer to as Big Room Planning, where strategy is collaboratively examined, debated, steered, re-articulated, prioritized, and planned. Big room planning intentionally involves leaders from multiple lines of business and departments, and multiple layers of leadership. It’s the facilitated discussion by and amongst these layers of leaders from across the enterprise that rapidly instills an improved understanding of the business system.

Beyond this type of collaborative session, the next most successful step we’ve seen leaders take is to have explicit discussions around levels of empowerment.

If you have seen your leaders struggle with this or be fearful about it, it’s helpful to meet 1:1 and explicitly co-create (or fill in, discuss) an Empowerment Table. Use the table to explicitly indicate that leader’s potential delegation and decision areas along with an associated level of authority, and next target state with experiment guardrails and failure cushions.

Leaders don’t usually get stuck on the decision making areas, or the guardrails and cushions. They get stuck in describing the current (and target) levels of authority. For these, I often ask leaders to use Management 3.0 Delegation Levels:
Tell: I will tell them
Sell: I will try and sell it to them
Consult: I will consult and then decide
Agree: We will agree together
Advise: I will advise but they decide
Inquire: I will inquire after they decide
Delegate: I will fully delegate

Telling, Selling, Testing, Consulting, Co-Creating from Peter Senge’s The Fifth Discipline: The Art & Practice of The Learning Organization also work well. And we’re starting to see effective use of David Marquet’s ladder of leadership levels, too.

(Note: If you must use RACI–which isn’t great for supporting organizations striving to become more lean/agile–at least be more explicit about what you mean by accountable. What’s common is that leaders don’t actually understand what level of decision-making authority they have, even if they’re the “A”.)

Deliberate Practice of Deliberate Empowerment
Sometimes your own language and behaviors will derail your Empowerment Table experiments. Changing behavior and language by leveraging something akin to deliberate practice is a powerful, rapid means to change how you’re empowering your leaders.

Deliberate practice is a term that’s been more broadly (and often incorrectly) used in the last decade. It was originally defined by Ericsson as “the individualized solitary practice in classical instrumental music as directed by a qualified teacher.” And later as “a highly structured activity, the explicit goal of which is to improve performance.” These were specifically defined around studies of music instruction and practice:
“At music academies master teachers provide students individualized instruction and help them identify goals and methods for their practice sessions between meetings – this form of solitary practice was named deliberate practice”.

The term Deliberate Practice gained popularity through the 1993 article by Ericsson, Krampe, and Tesch-Römer’s on “The Role of Deliberate Practice in the Acquisition of Expert Performance” and through Ericsson and Pool’s book PEAK Secrets from the New Science of Expertise.

Seven Criteria of Deliberate Practice
The criteria for meeting deliberate practice are well-described in this lovely meta-reanalysis by Ericsson and Harwell and paraphrased here:
1) The practice involves individualized training of a human 2) by a well-qualified coach.
3) The coach must be able to clearly communicate the goal to be achieved by the trainee and 4) the trainee can internally, mentally represent this goal during their practice.
5) The coach can describe a practice activity to attain the identified performance goal and 6) the trainee has a means to get immediate feedback on a given attempt.
7) There is another critical feedback loop when the trainee next engages with the coach and demonstrates what they’ve worked on since the last time they met.

Two notes: a) The entire paper is worth a read if you’re interested in deliberate practice and its role in expert performance. b) The authors list three criteria in their paper, but in seeking to clarify and apply with others I’ve found it helpful to tease them apart and label as seven.

Example: Deliberate Practice of Deliberate Empowerment
An individual leader might take up something similar to deliberate practice around improving their facilitative or generative leadership. This might look like engaging a coach to listen to or observe their team meetings, and then design an activity directly targeting a specific behavior. For an example of a specific behavior that might be a good candidate for deliberate practice: One leader we worked with was using “but” in such a way that demoralized her team members, and kept her from achieving her desire to empower them more. The format was “your idea is X but really what we need is Y”. To increase co-creation, collaboration, empowerment, we decided to have her measure the number of times she used the word “but” in meetings, and to practice three things:

1) Using a recording of all the sentences in which she had used “but” in her recent team meetings, rewrite each removing the word “but” and adding in curiosity–using a more facilitative approach: “I understand your idea to be X. Tell me more? I’m curious how it might also address Y!”
2) Repeat these rewritten sentences out loud to herself several times each: practicing using more empowering language, and recording herself such that the tone implies facilitation, empowerment, and curiosity vs flat disagreement.
3) She also, bravely and critically, decided to share this information with her team (this notably allowed her to ask for immediate feedback): She shared how important it was to her to empower them, to help clear the path for them to grow in whatever direction helped them happily engage, helped everyone come together better to deliver better, together. She said she was practicing removing the word “but” from her everyday language (except when it was critical for understanding), and asked them to raise their hand on video if they heard her say it! And she would try to reframe in the moment.

Finally, she also circled back and had the coach listen again to a meeting (while on a text backchannel). The coach was able to assess progress in terms of listening for the word “but”, listening for curiosity in tone and language, and give immediate backchannel feedback: “Excellent! I heard you catch yourself there and change the ‘but’ to an ‘and’ and stay curious with ‘I don’t yet understand how it might address X. Does it? Or could it?’ Well done.”

Questions
What tools do you use to help your leaders understand what they are empowered to do and decide on their own? How do you practice showing up as a more empowering leader? Join the conversation on LinkedIn. 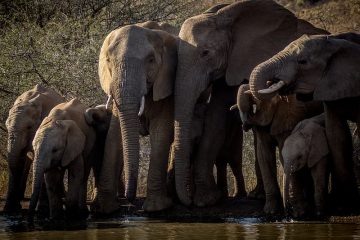 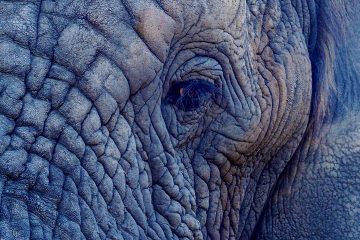 Lately I’ve been really appreciating the growth mindset of Eric, my friend, business partner and–this spring–skiing partner. In this, just his second season of skiing, he’s progressing quickly, and now he’s leading us down some Read more…